How To Cope With Losing At Tennis 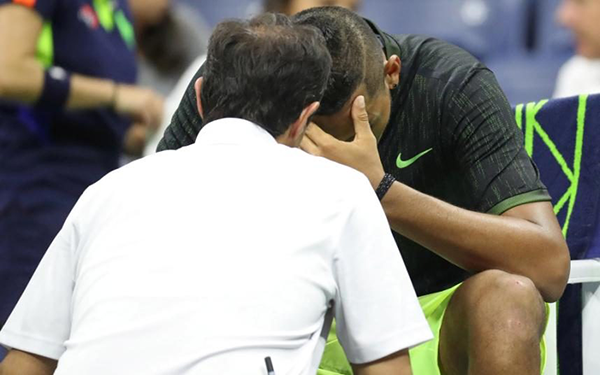 Tennis can be an extraordinary emotional game especially playing singles. Depending upon the match and its importance, the sport can throw up a tie that can take over three hours to complete, whilst the contestants are battling physically and mentally to endure.

Some people can shake off a loss quickly, while others cannot get it out of their heads. We all cope with loss in a different way, but what are the best ways of coping with a defeat?

We all love matches that are bitterly fought over and the sense of elation of achieving a win can be immense, however accepting defeat could be far harder than you think. Even if coming to terms with losing is difficult it is an unavoidable part of the game. To put this in perspective, consider that of the 128 players competing in a Grand Slam, 127 will have to cope with loss which demonstrates the best players in the world lose too.

Whilst some players can shake defeat off quickly, others take considerably longer, perhaps even days. Reactions are somewhat an individual thing, but there are some questions you can consider.

Is It OK To Feel Bad About Losing?

The simple answer is yes! But you have to set a time limit for your recovery, dwelling on the loss is not only counterproductive, but will also increase the pressure on yourself the next time you step on court.

What Positives Can I Take?

Even losing and disappointment can be a positive thing, while you are struggling with your defeat you can analyse about your weaknesses to improve upon next time. Use it as motivation for your practise sessions and you will be better prepared for your next match.

What Could I Have Done Differently?

It’s a question you should always contemplate after loss in any sport, even though the answer may be, nothing! There are times when your opponent is simply better than you and there is nothing you can do about it.

If this is the case, learn what weaknesses your opponent exploited and strengthen them, learn from your defeats. That will take your loss into a positive.

How Should I React To A Loss

Everybody takes losing differently, but a bad loser is really worse than a bad loss. One of the top tennis players of all time, Rafael Nadal is a role model as he shows just as much class in defeat as winning.

At the Australian Open in 2011, he refused to blame a hamstring injury for losing in the quarterfinal to David Ferrer, Nadal commented, “I prefer to talk about the match. I think he played at a very high level. I congratulate him and wish him all the best for the semifinal.”

This gracious way of publicly accepting defeat is perhaps a mechanism that Nadal uses to diffuse his sense of loss, by accepting the opponent played exceptionally well is a valid enough reason to have been beaten.

Players should discuss their feelings and losses as soon as they can after a match to start diffusing the tension. A good way to do this is have a social game just for fun, play out some of the bad shots with your friends and laugh about it.